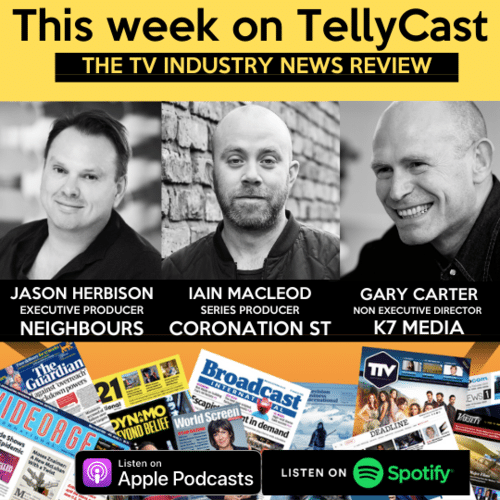 Coronation Street’s Series Producer Iain MacLeod and Neighbours’ Executive Producer Jason Herbison discuss the challenges they have faced in getting two of the world’s best loved and longest running soap operas back on air during the pandemic.

And we’ll find out who their Heroes of the Week are – and who or what they’re telling to Get in the Bin!

And Gary Carter – K7 Media’s Non Executive Director, consultant on Hollyoaks and one of the industry’s most experienced creative executives talks us through the history and significance of the soap genre.

TellyCast is edited by Ian Chambers.