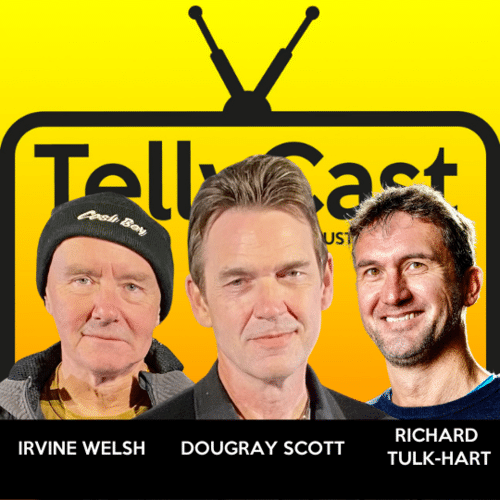 It’s a special show to coincide with the launch of Irvine Welsh’s buzzy new drama Crime, this week.
We have an on set chat with Irvine Welsh and Richard Tulk-Hart about the making of the show. And actor and Executive Producer Dougray Scott discusses his career, motivations and why authentic Scottish stories might be the next drama hotspot for the global streamers. Hosted by Boom! PR’s Justin Crosby.

TellyCast is edited by Ian Chambers. Recorded in London and Greenock (not Glasgow!)